Skip to content
I know this post is a little unusual for me, but please bear with me. I don’t know about you, but I have a really good relationship with my father and since yesterday was his birthday I felt the need to do a little blog post about it and about my father. I think that sometimes we always mention our mothers and how they understand us and we can share everything with them, but sometimes fathers remain in the background ever so vigilant and loving.
My father turned 51 yesterday! He is a quiet, shy and silent loving man who is always there for me whenever I fall or stumble in my life. He was the second born child and the first male in a family which grew to have six children. At the time he was born, they had little money and few means but they made do. Around the age of 15, he lost his father and just after his mother realized that she was pregnant once more. At such a young age, imagine having such a large family with one parent to support you. These were still times that women usually stayed at home and did not go out to work.
He became the man of the house, with all the responsibility that comes with it. He worked after school and went tried to support and help the family through the possible means. His youngest sister, was born never having met her father and I think she always looked up to my father as being a little hers too. They were four sisters and two brothers. But at the age of about 25 my father’s younger brother, died too having had some health issues.
My father is a man of few words and a very good listener. He has a quick mind and creative hands that led him to be able to carry out various jobs as the need requires. We were never rich but we always had all that we needed. If it was some extra lessons, clothes, shoes, food, he always provided. He was there all my life, lending a helping hand, if it is with driving us around or financially supporting us or little things like getting something from a store just because he knows we like it. He never grumbles and never expects anything from us. He just gives. For some time now, he has been having some health problems, such as backaches and all over pains, due to premature arthritis that makes him tire more easily.
When I was younger, I looked at my dad and I saw the most powerful and wonderful man on earth. When I have a problem, I know I can share it with him as he won’t try to judge me or make me feel better. He will be there to listen and to tell me what he thinks and leave the rest to me to do and decide. He respects me and always cares about me. He may not understand all my obsessions, like makeup or blogging but he accepts them and compliments me on them. He always tries to cheer me up or to tease me if he sees I am sad or unhappy. Last year, he had to be in hospital for a week and it was a wakeup call, to see him in a hospital bed looking tired. He is my hero and he is my DAD.
I hope you appreciate your dad and you try to build a open and trusting relationship, as they want to be a part of our lives too ❤ 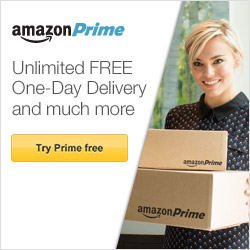